The Sysdig agent uses its visibility to all running processes (at both the host and container levels) to find eligible targets for scraping Prometheus metrics. By default, no scraping is attempted. Once the feature is enabled, the agent assembles a list of eligible targets, apply filtering rules, and sends back to the Sysdig collector.

Sysdig agents v10.0 or above is required for the following capabilities:

The lightweight Prometheus server in the agent is named promscrape and is controlled by the flag of the same name in the dragent.yaml file. See Configuring Sysdig Agent for more information.

Within the set of eligible processes/ports/endpoints, the agent scrapes only the ports that are exporting Prometheus metrics and will stop attempting to scrape or retry on ports based on how they respond to attempts to connect and scrape them. It is therefore strongly recommended that you create a configuration that restricts the process and ports for attempted scraping to the minimum expected range for your exporters. This minimizes the potential for unintended side-effects in both the Agent and your applications due to repeated failed connection attempts.

The end to end metric collection can be summarized as follows:

The metrics ultimately appear in the Sysdig Monitor Explore interface in the Prometheus section. 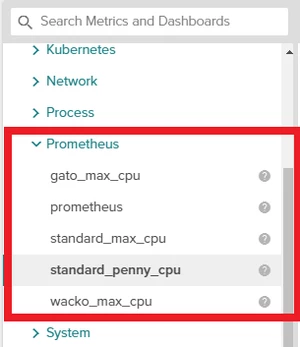