This the multi-page printable view of this section. Click here to print.

Return to the regular view of this page.

Review the diagram and component descriptions. When installing on-premises, you can decide where to deploy various components. 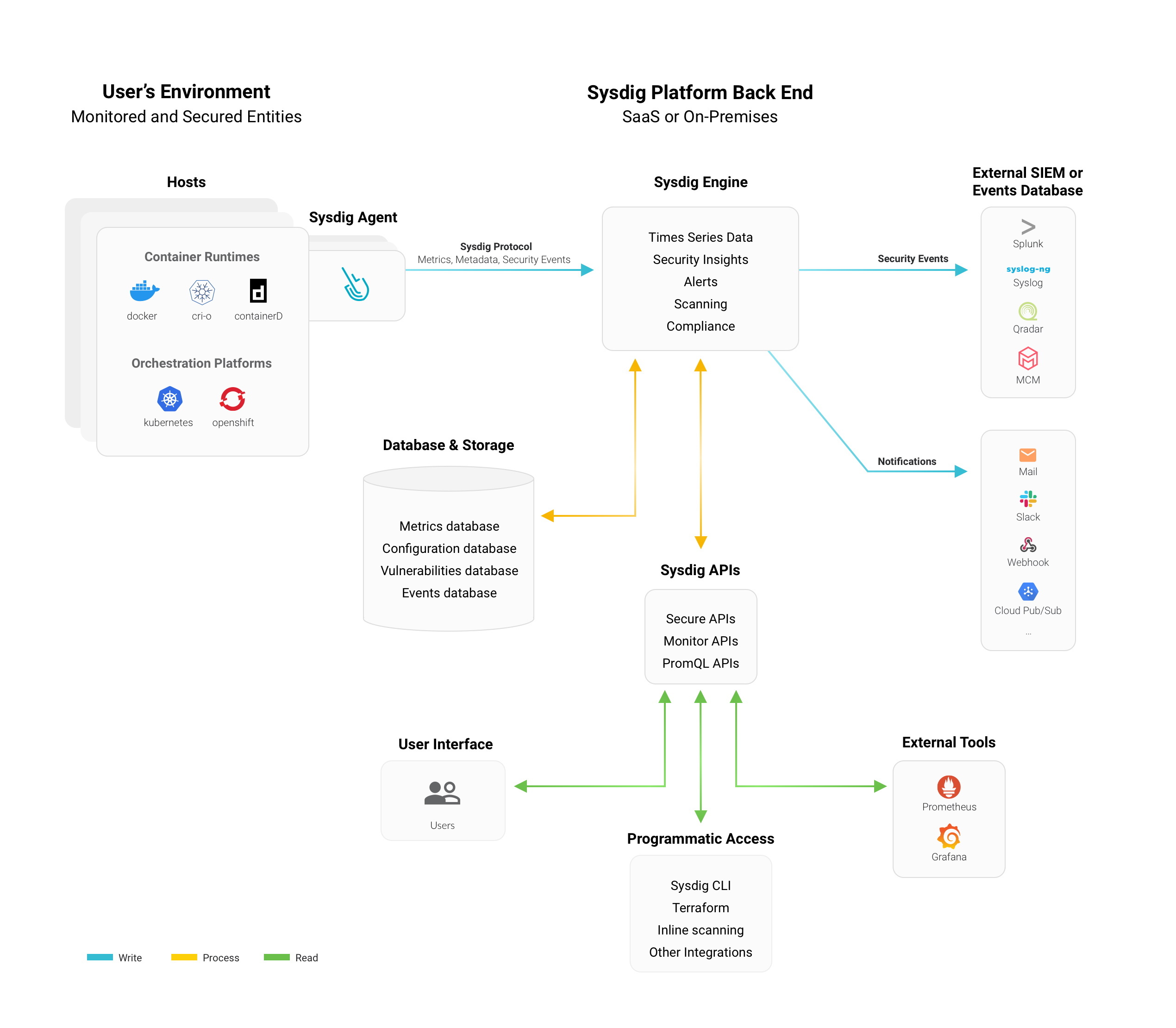 Sysdig will collect monitoring and security information from all the target entities. To achieve this, one Sysdig agent should be deployed in each host. These hosts can be:

The Sysdig agent can be installed as a container itself using a Helm chart, Kubernetes operator, etc.

Once the agent is installed in the host it will automatically start collecting information from the running containers, container runtime, the orchestration API (Kubernetes, OpenShift, etc), metrics from defined Prometheus endpoints, auto-detected JMX sources, StatsD, and integrations as well as the host itself.

The Sysdig agent maintains a permanent communication channel with the Sysdig backend which is used to encapsulate messages containing the monitoring metrics, infrastructure metadata, and security events. The channel is protected using standard TLS encryption and transports data using binary messages. Using this channel, the agent can transmit data, but also receive additional configuration from the backend, such as security runtime policies or benchmarks.

The Sysdig backend is used directly in its SaaS version, thus being managed transparently by Sysdig Inc., or it can also be installed on the customer’s premises. This distinction does not affect the operation of the platform described below.

Once the agent messages are received in the backend, they are processed and extracted into data available to the platform - time series, infrastructure and security events, and infrastructure metadata.

The main components of the backend/platform include:

The Sysdig platform then stores this post-processed data in a set of internal databases that will be combined by the API service to create the data views, such as dashboards, event feeds, vulnerability reports, or security benchmarks.

The Sysdig platform provides several ways to consume and present its internal data. All APIs are RESTful, HTTP JSON-based, and secured using TLS. The same APIs are used to power the Sysdig front end, as well as any API clients (such as sdc-cli).

These enable different use cases: